OWBBT goes out with a BANG

This summer over 300 Oor Wullie Statues took over the streets of five of Scotland’s cities – Dundee, Glasgow, Edinburgh, Aberdeen and Inverness – in the first-ever national art trail. The trail is now sadly finished and, the statues have been taken into storage before going under the hammer tonight to hopefully raise thousands for three of Scotlands prominent children’s charities.

As the developers of the official trail app, we have loved being part of this extraordinary event. The trail statistics (which you can see below) have been simply phenomenal and show how much love there is for “Scotland’s Favourite Son”! 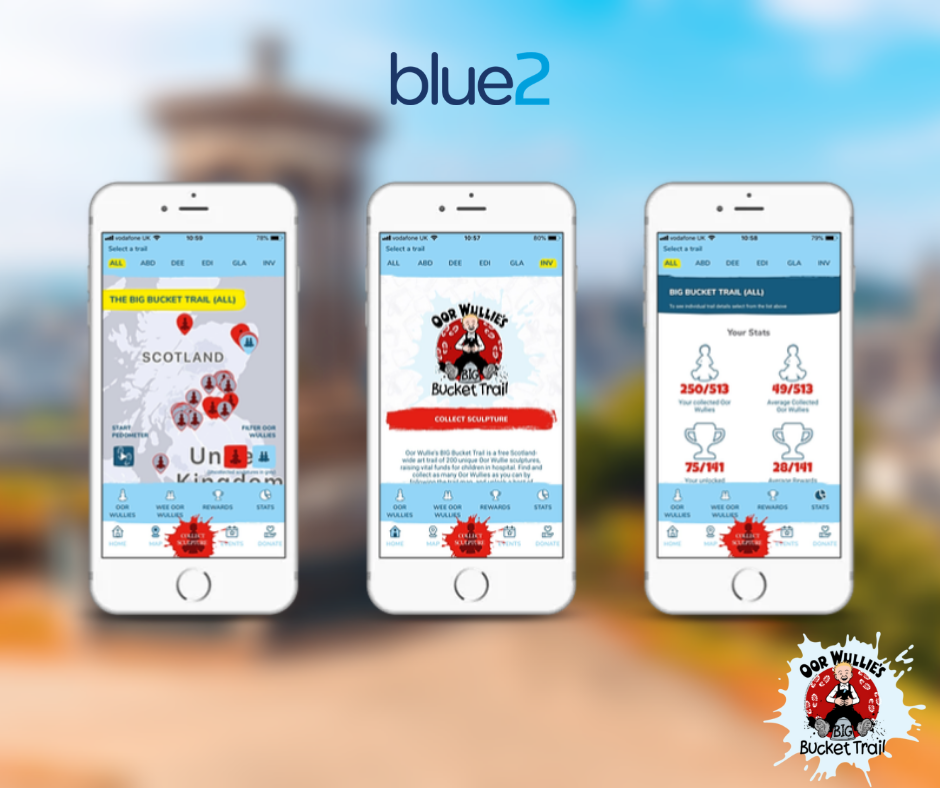